8 Truths that can save your life

The biggest spread of microbes in your bathroom is not a hairbrush.

It's your toothbrush. We know from investigations that used toothbrushes are contaminated with millions of germs from our mouths, bathrooms and toothbrushes that are nearby. In order to prevent the spread of germs, do not lend the toothbrush to anyone, nor leave it in contact with any other, stored in the same container. A good rule of thumb dictated by experience: keep toothbrushes at least 2 centimeters away. In addition, change your toothbrush after you have been ill, for example, with a cold or the flu, because germs can remain on the brush even after you have recovered. Another suggestion: always flush the toilet after lowering the toilet lid or keep a toothbrush inside the bathroom cabinet. The reason is disgusting, but true: the sprays and steam that are released each time you flush the toilet are able to propagate at least 6 meters away. The most viable solution will be to lower the worktop before flushing the toilet. The steam of polluted water that is released from the toilet can take several hours to settle completely. This way, you can already have an idea. If your toothbrush is close to the toilet, wash your teeth with toilet water.

Eating eggs does not raise cholesterol.

Eggs gained a bad reputation a few years ago because they contain higher levels of cholesterol than other foods. Most of the cholesterol contained in eggs is concentrated in the yolk. However, it is not by eating eggs that we take our cholesterol levels. When we eat foods high in fat, the liver turns some of that fat into cholesterol. There are many other culprits among the foods we eat in addition to eggs that are turned into cholesterol, notably fatty meats and dairy products. Eggs are an excellent source of protein, and A Clara is healthier and lower in fat than the yolk. Like so many other things, enjoy eggs in moderation. One egg contains about 213 mg of dietary cholesterol. According to the American heart association, the recommended daily cholesterol limit is less than 300 mg, for people with normal levels of LDL cholesterol ("bad cholesterol"). Thus, you can eat eggs several times a week as long as you limit cholesterol from other sources - and give up fried foods.

Isotonic drinks can cause irreversible damage to your teeth.

Isotonic drinks, liquid supplements, widely used, contain organic acids that attack the outer enamel layer of the teeth surface and cause damage 11 times greater than that caused by soft drinks. Once introduced into the enamel layer, the dentin, which is underneath, and is more fragile, begins to be attacked and the teeth rot. We can minimize the damage that these drinks cause to the teeth by eliminating or reducing their intake, or else drinking them in large drinks instead of small sips.

Postpartum depression is an authentic disorder that requires medical attention.

Some women go into depression after giving birth, a condition called postpartum depression. No one knows the exact cause, but it is believed that it must be directly related to the complex combination of physical, hormonal, emotional and psychological changes associated with pregnancy and childbirth. For example, the levels of estrogens and progesterone, the female reproductive hormones, which during pregnancy double, drop sharply after childbirth, which may explain the crying fits, irritability and peaks of exaltation of recent mothers. Women undergoing cesarean delivery are extremely susceptible to postpartum depression. The reason for sure, we do not know, although there are experts who argue that, in certain cases, caesarean delivery can cause effects similar tosyndrome stress post-traumatic. For a woman who is expecting to give birth naturally, having a C-section can cause frustration, anxiety and depression. Ask for support after returning home. It is difficult to vent about what you feel; suffering alone in silence will only record depression. Your body ended up going through an arduous process and therefore it is extremely important to try to get as much sleep as possible after delivery. Follow a healthy diet. In general, postpartum depression is transient for only a few weeks. If depression persists to afflict you, talk to your doctor.

Chocolate works wonders for your body.

I have a friend who claims that chocolate is so good that it should be a food group on its own. Just kidding! What I have no doubts about is that it contains natural compounds with somewhat enigmatic properties. One of these compounds decreases the tendency of blood platelets to clump together to form abnormal clots. This contributes to blood flow, encourages normal clotting and improves circulation. Another of the compounds is a stimulant called phenylethylamine, dubbed "chemical substance of love", which causes the euphoria characteristic of falling in love. The darker the chocolate, the better, since dark chocolate has the healthiest properties. For greater benefits, purchase chocolate with less than 70% cocoa ... enjoy a square every day.

Making love is good for the brain.

Sex gives pleasure, and when it is good, the pleasure is even greater. Sex is a way of sharing intimacy. And safe sex is also good for our mental health. Sex releases a variety of beneficial chemicals into the body that produce a natural euphoria. In addition, sex that satisfies both parties improves communication and strengthens the bonds between them, two barriers against depression due to relationship problems. As such, help yourself at will.

Frozen fruits and vegetables are just as nutritious as fresh ones.

I am convinced that one of the best "vitamin supplements" is to eat plenty of fruits and vegetables, and they don't always have to be fresh. Frozen foods are also healthy; you just need to be careful in how you handle the packaging. When foods are thawed and re-frozen they lose much of their vitamin content. Therefore, the next time you go to the supermarket, check the packaging for signs of defrosting. Vegetables such as peas or corn must be loose or loosen easily in the bag - and not present themselves as a solid chunk of ice. And the boxes with spinach and other vegetables should have their weight evenly distributed, rather than concentrated at one end. Another suggestion: focus on simplicity. Sophisticated sauces don't just weigh on your grocery bill, they are also likely to add a lot of fat and sodium to an otherwise healthy dose of vegetables. After you have done your shopping, bring them home and store them in the freezer; thus, they should keep their freshness for at least 6 months.

Women are more likely than men to become addicted to tobacco.

Approximately 19% of American women smoke, and despite seeing women quitting this habit every day, they do not do it at the same pace as men. One reason, according to the American Cancer Society, is that women fear that giving up smoking will make them gain weight. And women also have a harder time quitting tobacco, according to a study published several years ago in the International Journal of Psychophysiology. Apparently, they are more addicted to physical habit and the feeling that smoking causes them. Studies have shown that female brain pleasure centers get excited when exposed to the smell or taste of cigarettes, while men need the impact of nicotine to get the same reaction (which is why nicotine patches work best for men than in women). Smokers who want to quit should try anti-smoking drugs. 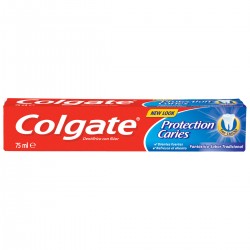 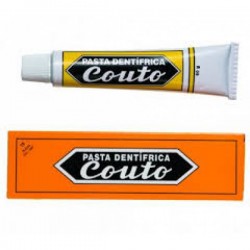 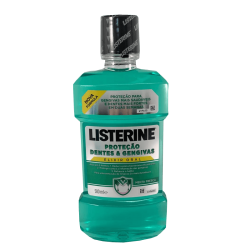 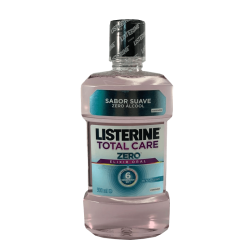 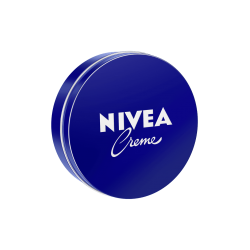