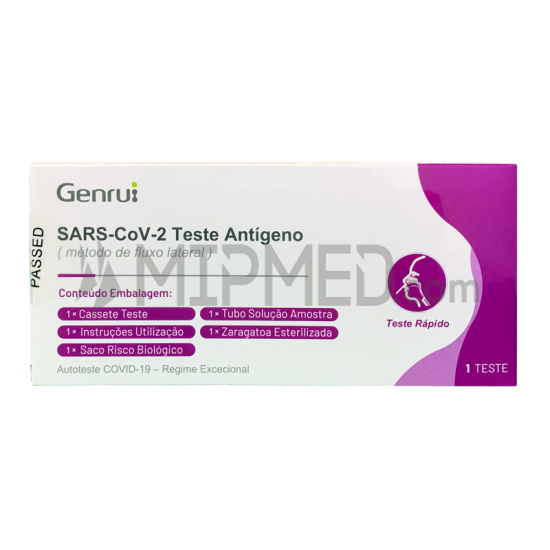 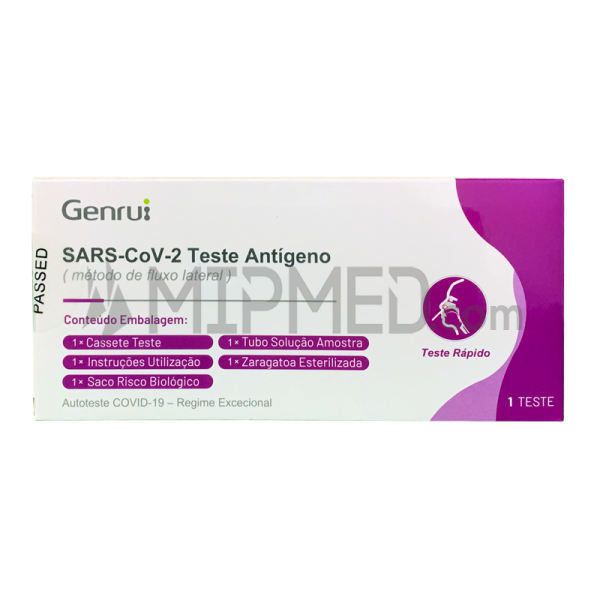 rating
(0 reviews)Write a review
Out of stock

The SARS-CoV-2 Rapid Antigen Test is a single-level in vitro test based on immunochromatography. It is designed for the rapid and qualitative identifi.. See More

The SARS-CoV-2 Rapid Antigen Test is a single-level in vitro test based on immunochromatography. It is designed for the rapid and qualitative identification of SARS-CoV-2 virus  antigens in anterior nasal swabs (frontal area of ​​the nose) in people with suspected COVID-19 within the first seven days after the onset of symptoms.

According to Infarmed, to date “seven notifications of cases of false positives have been received, in a universe of about seven million self-tests”. In Ireland, 550 false negatives were reported with the test from the company Genrui, which are now being collected in that country.

Batches of self-tests to screen for covid-19 from the company "Genrui Biotech" were sold in Ireland, which are related to 550 cases of false positives. This brand of self-tests is sold in Portugal, however that specific batch was not marketed in the country, confirmed Infarmed this Friday.

"The manufacturer Genrui Biotech Inc. informed Infarmed that the lots marketed in Ireland were not marketed in Portugal", Infarmed announced in a statement released today, following the case that occurred in Ireland, where several people complained that the tests had given false positives.

According to the National Medicines Authority, to date "seven notifications of false positive cases have been received, in a universe of about seven million self-tests, reported by the manufacturer as having been supplied to the national market".

Through the data to which Infarmed has access, the authority does not find "at the moment, a relevant risk to public health", revealing that it is "in contact with its European counterparts", as well as with the self-test manufacturer, to "to gather all the relevant information, in order to better assess the situation, namely notifications received by the other European authorities".

Now the 550 cases of false positives detected in Ireland "are being collected voluntarily in that country, and Ireland has not yet adopted any regulatory measures", said Infarmed in the same note.

Remember that Germany also had the same problem last month with these tests, with the Hamburg Authority for Schools and Vocational Education and Training (BSB) receiving similar complaints, so the tests are no longer used.

In Portugal, these tests have also received several complaints, but due to failures in the kit components, in September 2021. According to Infarmed, at the time, the incidents were related to the fact that the sample dilution tube did not present liquid or present an insufficient volume of liquid to proceed with the test and obtain a valid result. The authority indicated that if there was this problem in the kit not to perform the same.

According to SIC Notícias, this brand is one of the most sold in Portugal.