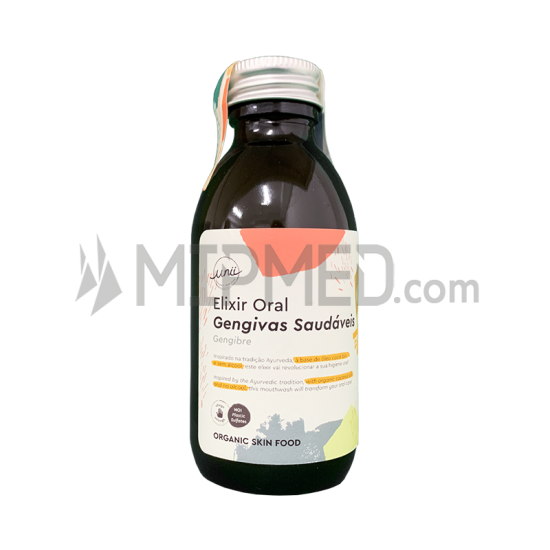 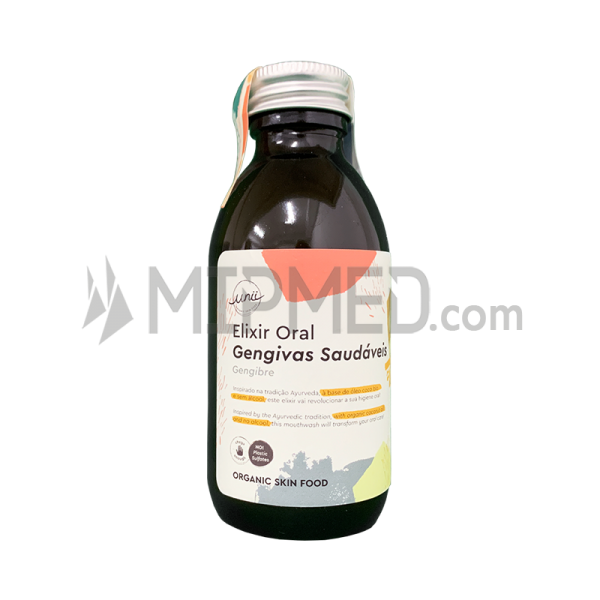 Unii's Healthy Gums Oral Elixir is a mouthwash with ginger that uses coconut oil and not alcohol. This product will revolut.. See More

Unii's Healthy Gums Oral Elixir is a mouthwash with ginger that uses coconut oil and not alcohol.

This product will revolutionize your Oral hygiene.

Should an elixir be used?

Yes, it is a complement to oral hygiene, leaving a fresh taste in the mouth.

Before or after brushing?
The recommended total sequence is: first floss or a brush to remove interdental plaque. Then proper brushing. And the elixir is the last step.

Are there different types of elixir?

Yes and with different purposes: tooth sensitivity; kids; gum health; daily use, with fluoride; and specific mouthwashes for Orthodontics, to prevent tooth decay.

How often do you use the elixir?
It depends on the type of elixir. If it is a treatment elixir, the recommended number of times and amount of liquid should be followed. If it is a simple, daily-use elixir, it can be used with every brushing, or just at night. Can choose.

Rinse the mouth with water at the end of use?
No. When you rinse your mouth with water, all the benefits go down the drain. And it turns out to be a waste. If we rinse the elixir, and if it has a purpose, why should we rinse our mouths with water? Does not make sense.

Does the elixir cause wear on the enamel?
No, anyway. The elixir works great by chemical control. And it is due to the abrasiveness that the enamel is most aggressive. Therefore, the so-called normal elixir, or a treatment elixir, at the outset, will not have components that will wear down the enamel.

Does the elixir replace brushing?
No. Both brushing, flossing and brushing are mechanical plaque removal actions. The elixir and toothpaste act at the chemical level. Therefore, there is no substitute for mechanical removal.

Can pregnant women use elixir?
Yes, no problem. There are no contraindications, nor will it interfere with the baby. What happens, sometimes, is that some pregnant women cannot use elixir because they feel a very strong taste, which can even agonize and cause vomiting. In that case, it is better to suspend the elixir for a while.

Can children use elixir?
Yes, you can use it. Usually, from the age of 6/7 onwards, they already have autonomy and the notion that they cannot swallow the elixir.

What if I've never used an elixir?
It should start with a fluorine concentration between 225 and 250 ppm. And then vary.

Can it cause burning?
Some people have a lot of sensitivity to elixir or some dry mouth (called xerostomia). In these situations, the elixir can be diluted, for example, so that it is not too aggressive or inconvenient.