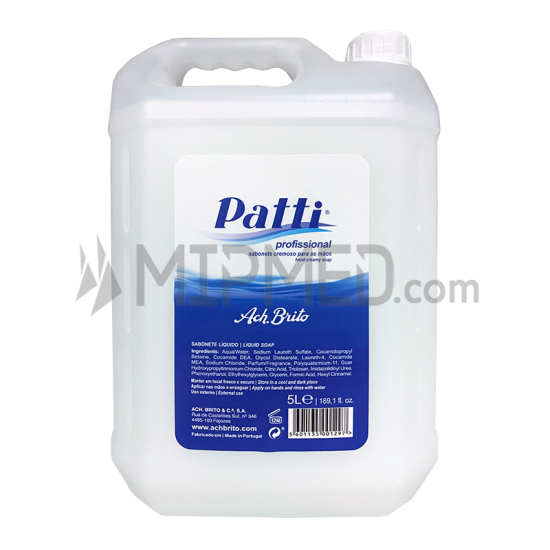 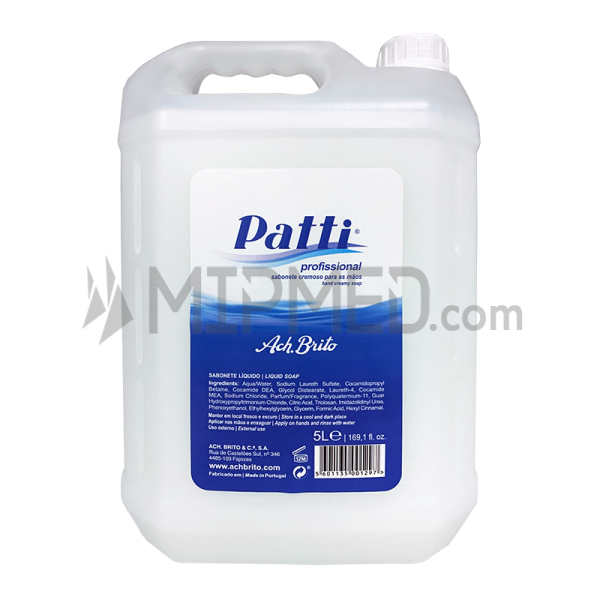 Patti soap is an iconic soap from one of the most recognized Portuguese soap factories, the Ach Brito factory. Patti a moisturizing and gentle hand.. See More

Patti soap is an iconic soap from one of the most recognized Portuguese soap factories, the Ach Brito factory.

Composed of the best essences, this fragrance combines the warm notes of cedar, Patchouli, Moss and Tonka with the refreshing notes of bergamot, cloves, Lavender and Vanilla.

The Patti trademark was registered in 1929.

More than 90 years after its launch, Patti soap remains Ach's best seller. Brito. With an unmistakable invigorating fragrance, the famous green soap is produced on the basis of vegetable soap, integrated into a quality formula.
Thanks to its moisturizing properties, Patti soap is the perfect ally for daily skin care, leaving it smooth and soft.

History
With a history dating back to 1887, with the founding of Claus & Schweder by the Germans Ferdinand Claus and George Schweder, Ach Brito was founded in 1918 by the brothers Affonso and Aquilles de Brito. In 1925, Ach Brito acquires Claus & Schweder, combining innovation and experience.

After decades of leading the market and with the appearance of new products - such as shower gel - and new distribution networks, the brand's path loses momentum, until in 1994 the leadership of the company passes into the hands of Achilles' great-grandchildren. de Brito: Aquiles and Sónia Brito. The company is restructured and the product portfolio is repositioned. With the new millennium, the desire to reach new horizons also appears and Ach Brito's luxury brand, Claus Porto, begins to be placed in international markets.
In 2008, Saboaria e Perfumaria Confiança SA is acquired, the second oldest soap factory in the country, and Ach Brito starts operating across the market.

Today, Ach Brito continues to cherish and respect its history and tradition, without ever neglecting quality and innovation.

Ach Brito is a century-old Portuguese company that carries a remarkable historical past.
Under the motto ‘Preserving the Past, Stimulating the Present, Challenging the Future’ Ach Brito stands out for its several decades of experience, the quality of its products and the design of its packaging.

1918
In 1918, Ach's history begins. Brito, who strides today to celebrate the first centenary of its foundation, as one of the most prestigious and cherished companies in Portugal - both inside doors and in foreign markets.

This year, the brothers Affonso and Achilles de Brito (the latter one of the partners of Claus and Schweder) found Ach. Brito & C.ª Lda, building a solid reputation based on the use of techniques and the use of modern technologies, gaining its space in the market during the following 7 years.

1925
This year, Ach. Brito fulfills his dream of acquiring Claus & Schweder, who at the time had already had a career of about 30 years and enjoyed enormous prestige in the market. It is the combination of Claus & Schweder's experience and prestige, with the innovation of Ach at the time. Brito, who is beginning to draw the success of our brand.

1934
Claus & Schweder was counting when it was acquired by Ach. Brito, with a large collection of national and international awards, which included, for example, several gold medals won in the USA and Spain, among others. However, in 1926 Ach. Brito continues to expand this catalog of prizes, receiving the Grand Prix Diploma in Porto, at the Portuguese Industrial Exhibition.
In 1929 he won the Silver Medal at the National Industry Samples Fair of the Portuguese Industrial Association, held in Estoril. The recognition inherent in winning these awards culminates with Ach's participation. Brito, in 1934, at the 1st Portuguese Colonial Exhibition, the first major event of national dimension that proposed to show Portugal as an imperial colonial nation, one and indivisible.

1953
In order to differentiate itself, Ach. In 1953, Brito included a lithography at his premises. From this moment on, the production process is entirely carried out at the company's facilities: from manufacture, to labeling, to the packaging of products.
To make the products even more unique and give them an even more special character, the labels were painted by hand, which made them stand out clearly in the world of perfumery.

968 was a year of important events for Ach. Brito. In addition to celebrating its first 50 years of existence, the company's factory - which was at the time of the most relevant in the entire Portuguese industry - receives the visit of the then President of the Republic, Américo Thomaz. To celebrate half a century of existence, a publication is launched containing the history of the brand in the context of the perfumery industry in Portugal. This publication immortalizes the spirit that will forever be associated with Ach Brito: "The largest, best and most experienced perfumery factory in Portugal: Ach. Brito".

1994
In 1994, the leadership of the company became the brothers Aquiles and Sónia Brito, great-grandchildren of the founder Achilles de Brito.
It is from this year that a new cycle begins that makes Ach. Brito what it is today - the preferred brand in the country at home and abroad. The company was restructured, both in terms of human resources and production. The product portfolio is also strategically repositioned.

2002
At Ach. Brito has a constant desire to achieve new goals and to promote business self-challenge. Thus, from 2002 onwards, Ach. Brito are extended to international markets and the company's premium brand (Claus Porto) begins to be exported a little to the whole world, being placed in extremely exclusive and reputed stores, both in design and decoration.
The bet, the result of a good strategic implementation and the notorious quality of all Ach brand products. Brito, it quickly came to fruition: nowadays Claus Porto products are sold in more than 50 countries.

2007
A new production unit is inaugurated in Vila do Conde, which becomes Ach Brito's headquarters. Motivated by the need for space, this unit has 10 thousand square meters, with a total covered area of ​​about 4 thousand square meters. This is where the production and packaging of the company is concentrated, which also maintains a production unit of the brand Confiança in Braga.
Combining the best of modern architecture with the admirable historical heritage of the company, this new space perfectly reflects the spirit Ach Brito, which has delighted the Portuguese for decades and remains one of the most successful traditional companies, both in terms of customer satisfaction , as well as the level of adaptation to new times, new markets and new designs.

2008
On December 31, 2008, the second oldest national soap factory was acquired, Saboaria e Perfumaria Confiança SA, founded in Braga in 1894. With the acquisition of the only national competitor, Ach. Brito of our days, brings together the two oldest soap factories in the Iberian Peninsula and thus starts to operate in all market segments in a transversal way: Ach. Brito in the mass market, Confiança in the premium segment and Claus Porto in the luxury segment.

2012
Without ever resting in the shadow of the laurels already won, Ach. This year Brito invests in the image of the luxury brand Claus Porto. A new stand is produced for international fairs and exhibitions, betting on a contemporary and original design. 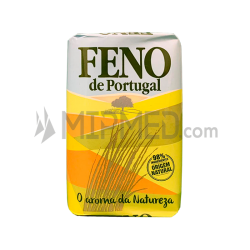 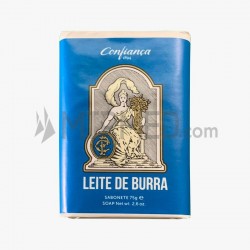 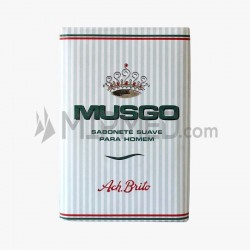 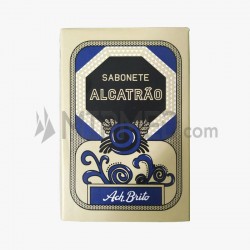 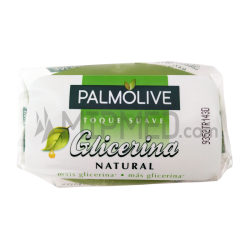 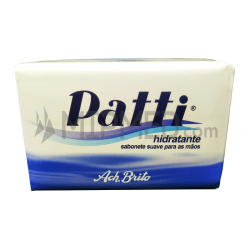 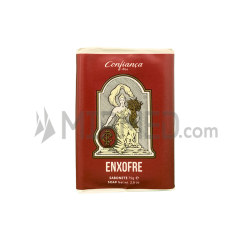 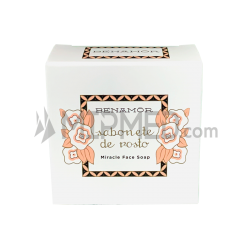 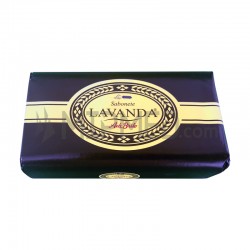 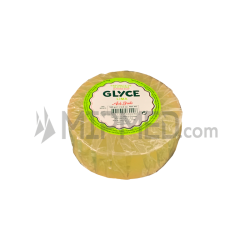 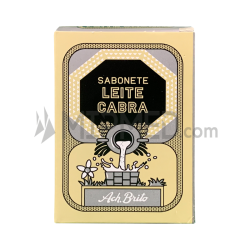 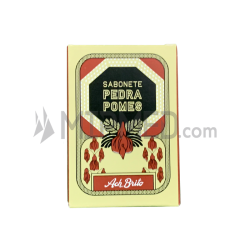 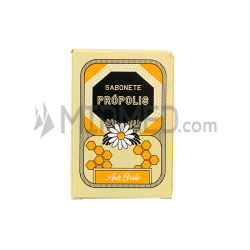 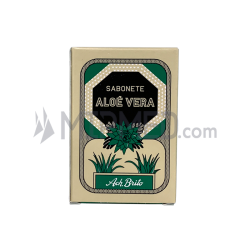 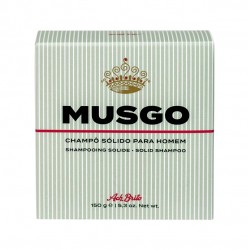 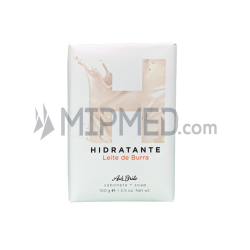 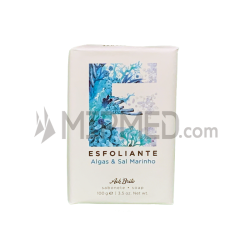 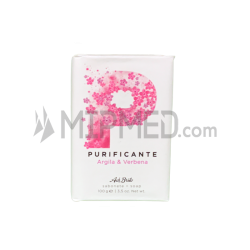 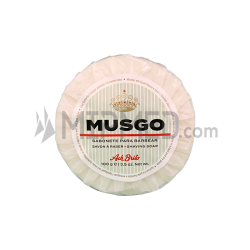 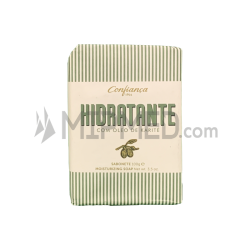 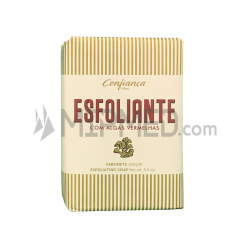 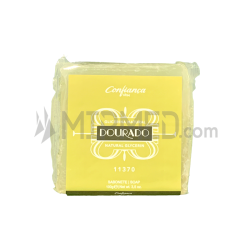 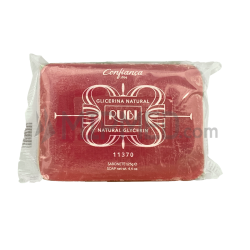 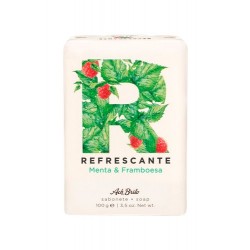 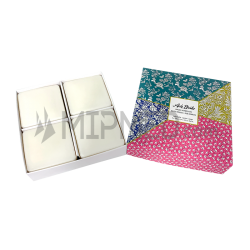 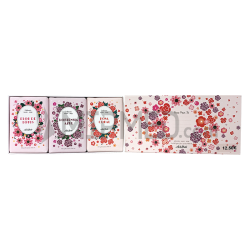