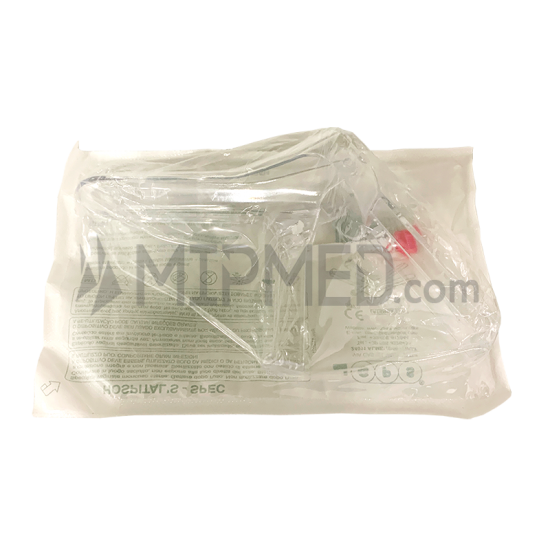 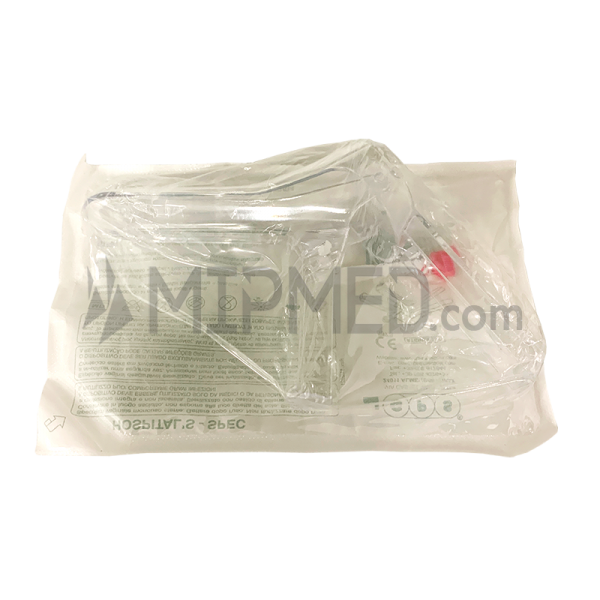 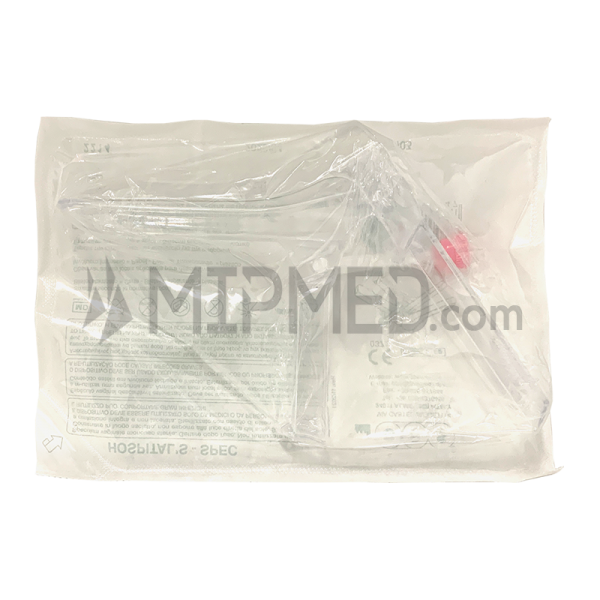 Disposable, side-adjustable, disposable vaginal speculum sterilized by ethylene oxide.
It should be stored in a dry place and not exposed to direct sunlight or a temperature above 50º C (122º F).
Do not use in environments with temperatures below 18º C (64.4º F). Guaranteed sterilization only if the packaging is intact.

CONGENITAL ABNORMALITIES OF THE BLADDER AND GENITAL TRACT

A congenital anomaly is an anatomical variation present at birth that can cause health problems or affect the functioning of the body. Congenital abnormalities usually affect the reproductive and urinary systems, which include the internal and external reproductive sex organs and the urinary bladder, urethra, ureters and kidneys.

Many girls are born with abnormalities or variations of the urogenital system (UG) and, although their organs develop differently, they can be reconstructed so that the girl can have a typical reproductive, sexual and physical life. Sometimes these variations are reconstructed at birth because they prevent normal urination, but sometimes girls or women do not have any associated symptoms, and their abnormalities may go unnoticed for some time.

Congenital Anomalies of the Vagina/Hymen

anomalies of the hymen

The hymenal membrane consists of connective tissue attached to the vaginal wall. Variations may occur when there is loss of central hymen degradation during fetal development. This results in the presence of “excess” hymenal tissue that can block the opening of the vagina. This can make it impossible for menstrual blood to come out or for anything to enter the vagina.

anomalies of the vagina

Septa are common vaginal anomalies where there is extra tissue in the vaginal canal. Septa can be oriented horizontally in the vagina (transverse vaginal septum) or vertically (longitudinal vaginal septum). These septa arise from different variations in the embryological development of the vagina and can cause varying degrees of symptoms.

The absence of a vagina is a rare developmental variation. Typically, girls are diagnosed in adolescence when they present to a doctor with a missed period.

This is associated with several anomalies that affect the uterus, most commonly the absence of a uterus. Notably, the ovaries are normally normal with this type of variation.

anomalies of the uterus

Defects involving the uterus are commonly referred to as Müllerian anomalies. They result from variations in the Müller tubes, the precursors to the development of female reproductive structures that exist at birth. The different types of uterine anomalies are often grouped with respect to their corresponding variation in the development of the Müllerian system.

The normal uterus is pear-shaped, about the size of your closed fist.

Bicornuate uterus: presence of a cleft that separates the uterus on 2 sides. This change usually does not require treatment.

Unicorn uterus: rare form of malformation. The uterus is about half its normal size.

Uterus didelphys: uterus with 2 cavities, each of which can present a uterine cervix and even a vagina separated by a septum, giving the appearance of 2 vaginas, each with a cervix and a hemi-uterus.

Septate uterus: uterine cavity with a fibrous wall called the septum. It is considered the alteration that most harms the evolution of pregnancy and must be treated.

Congenital anomalies of the urinary tract

Vesicoureteral reflux is a condition where the ureters are structurally abnormal and allow urine to travel backwards (towards the kidney), which is known as reflux. This can cause an increased risk of urinary tract infections and may require repair in childhood to prevent kidney damage.

Ectopic ureters refer to the abnormal orientation of the ureteral orifice (or opening). Sometimes the location of the hole is in the bladder or urethra, or it may be located in the vagina.

Complete or partial duplication of the urinary collecting system is the most common urinary tract abnormality, affecting 2 to 4 percent of the population.

Bladder exstrophy is a rare anomaly where the bladder protrudes into the abdominal wall. The severity of this anomaly usually requires immediate surgical intervention in childhood. Women born with this anomaly usually have normal reproductive potential, but require a high level of supervision during pregnancy and childbirth.

Disorders of Sexual Development (DSD) are conditions where the appearance of the external genitals does not appear distinctly female or male and are termed “alternative” or “ambiguous”.

Sometimes there are associated systemic manifestations that require immediate assessment and intervention. However, slight variations in anatomy may not warrant evaluation until adolescence.

The most common types of DSD are:
Androgen Insensitivity Syndrome (AIS): An inherited condition where the body's cells are unable to respond to male hormones. In this condition, the outward appearance is female or ambiguous, although the patient is genetically male.

Partial androgen insensitivity syndrome (PAIs):  This condition is similar to AIS, but often the child is less severely affected, and the genital appearance is typically ambiguous.

Congenital adrenal hyperplasia (CAH):  A condition where the adrenal gland is unable to properly synthesize steroids, leading to an increase in “male” hormones. There are many variations of this condition, but this is commonly seen in a genetically female child who appears to have "male" external genitalia. Some babies with CAH may also have a life-threatening inability to regulate salt and water.

The exact cause of congenital UG anomalies is not completely understood. However, we know that most reproductive system anomalies occur during the 8th week of intrauterine growth and are likely due to disruption of the development of preliminary structures. Some of the urinary tract and kidney anomalies have been shown to be associated with diabetes in pregnancy.

How common are genital and urinary system abnormalities?

Abnormalities of the genital system affect just over 5% of women. Congenital anomalies of the kidneys and urinary tract (CAKUT) are less common, affecting 4 in 1,000 births.

Girls and women with UG abnormalities that do not affect the external genitalia look “normal” on the outside. These anomalies can be asymptomatic, causing few or no symptoms, and are usually diagnosed later in life. However, some G«UG abnormalities can cause symptoms in adolescence, including missed period, difficulty inserting a tampon, painful intercourse, or monthly abdominal pain. Some reproductive abnormalities can cause difficulties later in the reproductive years during pregnancy and childbirth, including miscarriage or premature birth.

Although some types of urinary tract anomalies are asymptomatic, symptoms can include urinary tract infections. Other types of UG anomalies may be the manifestation of major systemic syndromes and symptoms are evident at birth, as in Congenital Adrenal Hyperplasia (CAH).

Although these symptoms can usually be controlled with a variety of surgical and non-surgical interventions, the presence of a congenital UG anomaly requires careful evaluation by a physician experienced in treating this population.

A woman's sexual health can also be affected, and we offer a variety of treatment modalities to help improve her sexual function and satisfaction. in: https://urogynecology.nm.org/congenital-anomalies.html

Vaginal anatomies may vary. There are several types of vaginas that are considered both functional and normal. 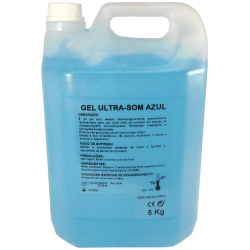 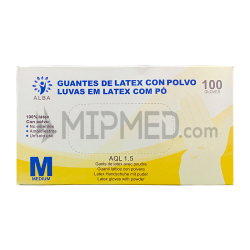 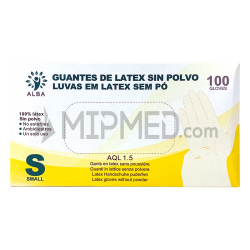 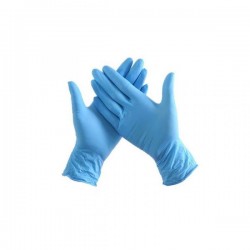 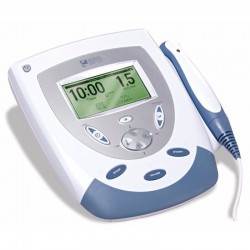 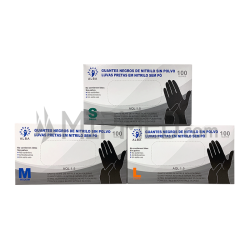 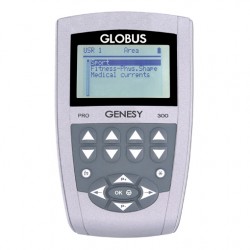 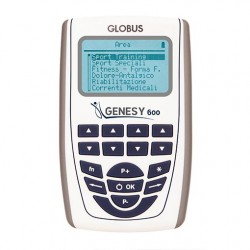